Kimberly Guilfoyle, a top Trump campaign official and the girlfriend of Donald Trump Jr., tested positive for COVID-19 on Friday, according to reports by CNN and The New York Times.

Though Guilfoyle was reportedly not experiencing symptoms, she underwent a test in South Dakota as part of a routine testing process for people with contact with the president.

She’d traveled to South Dakota with Trump’s eldest son to attend an Independence Day celebration held at the Mount Rushmore National Memorial. The president and First Lady Melania Trump, as well as Trump’s second son Eric Trump, attended the event. It appeared that Guilfoyle did not end up attending. 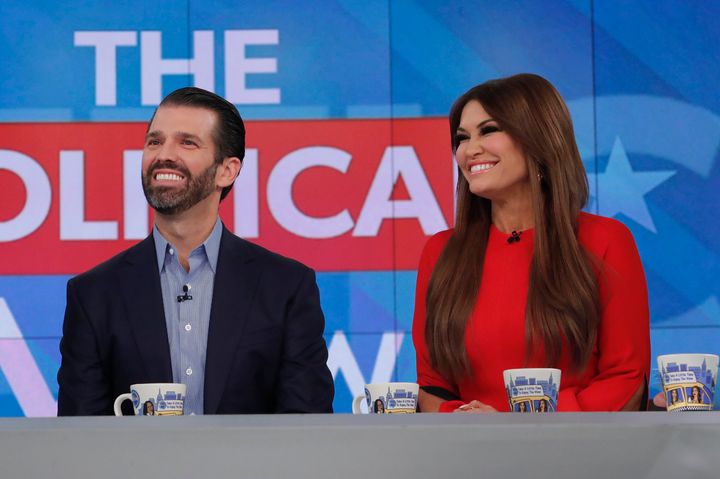 The Times, citing a person familiar with Guilfoyle’s condition, said neither she nor Trump Jr. traveled to South Dakota aboard Air Force One. The couple did not meet up with Trump’s entourage, the source added, and planned to drive back to the East Coast after receiving her diagnosis.

Sergio Gor, chief of staff for the Trump Victory Finance Committee, on which Guilfoyle serves as national chair, told the Times in a statement that Guilfoyle “was immediately isolated to limit any exposure” following her diagnosis and would be retested.

Gor added that both Guilfoyle and Trump Jr., who tested negative, were canceling upcoming public events.