A Dallas evangelical church is standing by its decision to have an over 100-person choir sing without masks during a Sunday service attended by Vice President Mike Pence.

But the church also had its choir sing ― despite the fact that indoor choir rehearsals and performances have been linked to outbreaks of COVID-19. 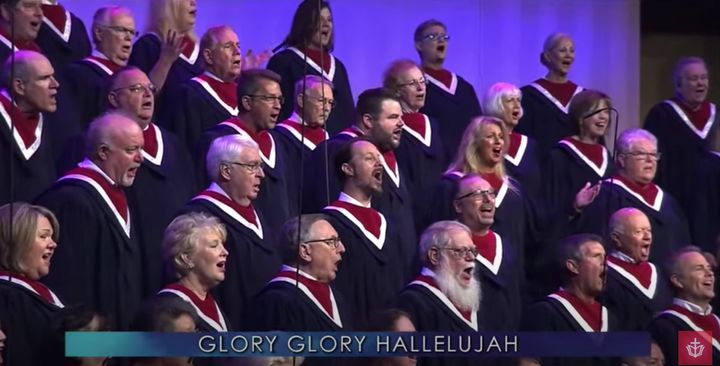 The choir wore masks while sitting down between songs, according to CNN. But during performances, members removed their masks and sang loudly and energetically while facing the audience. They performed the national anthem, the anthems of each branch of the military and several hymns. The indoor service lasted for about one and a half hours.

Asked about the decision to feature live choral singing on Sunday, church spokeswoman Abigail Miller insisted that “we have been very strategic and prudent in our approach.”

“We have taken steps to ensure that no one who has knowingly been exposed to COVID-19, demonstrated any symptoms, or tested positive has participated in our choir or orchestra for at least 14 days prior to our worship service,” Miller told HuffPost on Monday.

Miller also said that the church limited the capacity of the choir loft by 50%. 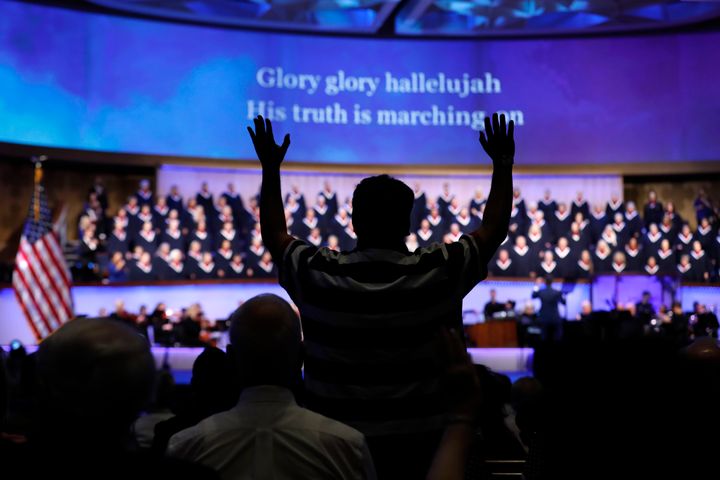 Over 2,000 people attended Sunday’s service, according to the Fort Worth Star-Telegram. While there were gaps between attendees in the first few rows, many other pews appear to be packed with congregants, according to video of the service. Most attendees were wearing masks, the Star-Telegram reported, although they generally didn’t practice social distancing.

Studies have suggested that COVID-19 can spread through respiratory droplets in the air that can linger inside buildings. High-powered vocalizations ― such as what happens during loud talking or singing ― are particularly efficient in producing these tiny particles.

There have been several reports of the novel coronavirus spreading during singing events. One super-spreader who attended a choir practice in Washington state in early March is suspected to have to spread the virus to 52 people, including three who were hospitalized and two who died. The Centers for Disease Control and Prevention published a report suggesting that transmission during the 2.5-hour choir practice was likely facilitated by the singers’ close proximity and “augmented by the act of singing.” 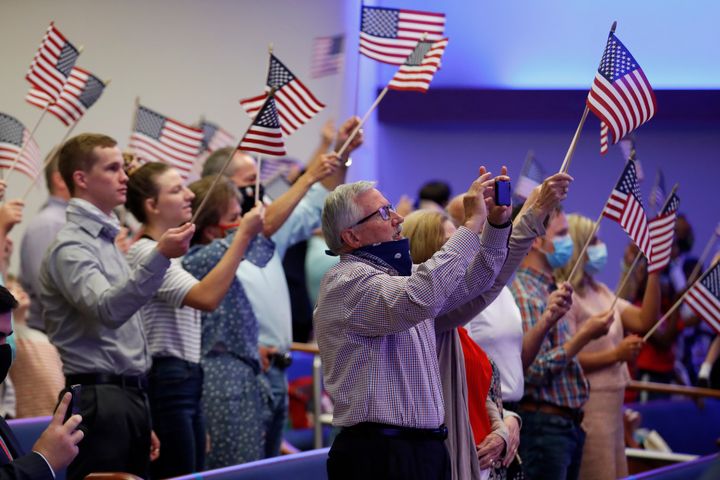 Other choir-linked outbreaks are suspected to have occurred in Britain, Germany and the Netherlands.

The CDC initially recommended that churches consider suspending or at least decreasing the use of a choir and having congregants sing during services. The CDC asserted that “The act of singing may contribute to transmission of Covid-19, possibly through emission of aerosols.”

But late last month, the agency quietly removed that guidance from its website. According to The Washington Post, the White House requested that change. 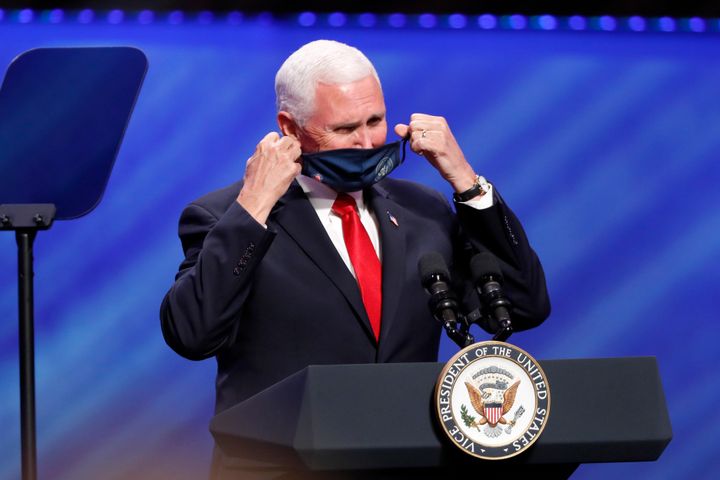 Pence wore a mask for most of Sunday’s service, removing it to speak to the congregants.

During an appearance at the University of Texas Southwestern Medical Center later on Sunday, Pence encouraged people living in areas affected by coronavirus outbreaks to wear masks.

Texas is backtracking on its reopening plans after the state experienced a surge in infection rates and hospitalizations due to COVID-19. The state had more than 6,000 new cases of the virus on June 27.

Dallas county is the second most impacted county in Texas, with close to 21,000 cases and over 350 deaths. Statewide, more than 2,400 people have died from COVID-19.