Rhode Island is the nation’s smallest state and has the longest official name, but that may soon change due to the full name’s connotations of racism and slavery.

“Rhode Island was founded on the principles of acceptance and tolerance, and our state’s name – and actions – should reflect those values,” Raimondo said in a statement. 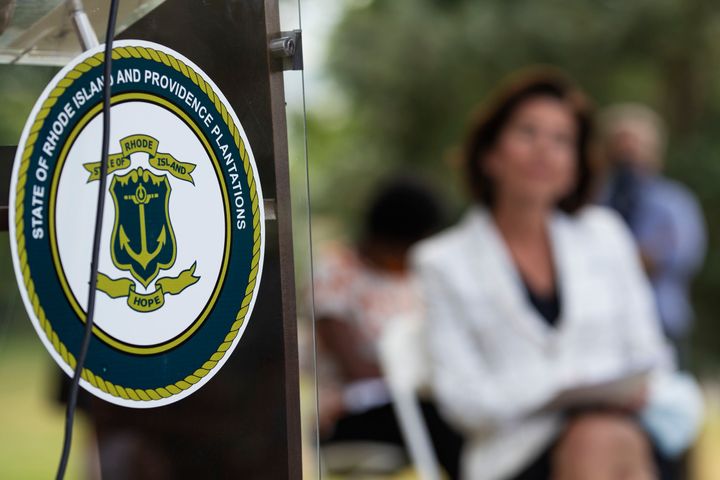 AP Photo/David Goldman The seal of the State of Rhode Island decorates a podium as Gov. Gina Raimondo announces that she has signed an executive order that will remove the phrase “Providence Plantations” from the state’s formal name when it appears on some official documents and executive agency websites.

The name change currently only affects Raimondo’s office, but Rhode Island’s Senate passed a measure last week that calls for a statewide vote on changing the name entirely in November. Residents overwhelmingly voted against removing “Providence Plantations” from the state’s name in 2010.

The name goes back to the Providence Plantations settlement established by the religious liberty pioneer Roger Williams in 1636. The word “plantation” can refer to a settlement in a new region or large group of plants. However, it’s more widely known to refer to an agricultural estate with resident labor, particularly enslaved people prior to the abolition of slavery in the U.S. in the 1860s.

Raimondo said she has heard from some people who oppose the name change and argue that it’s part of history. But she called the name “demoralizing,” “painful” and “a slap in the face” for the state’s Black residents.

Renewed efforts to amend the name have come after the recent death of George Floyd and the subsequent nationwide anti-racism protests.