LONDON (Reuters) – Queen Elizabeth carried out her first major engagement since the coronavirus lockdown in March, visiting the Porton Down military research facility on Thursday which was involved in dealing with a 2018 Novichok nerve agent attack.

The 94-year-old monarch, who spent Britain’s national lockdown at Windsor Castle, has carried out her official duties remotely by video or telephone, or at her palace, since social restrictions were introduced.

For her first public outing, she made a rare joint appearance with her grandson Prince William, with neither wearing face masks although all involved were socially distanced. 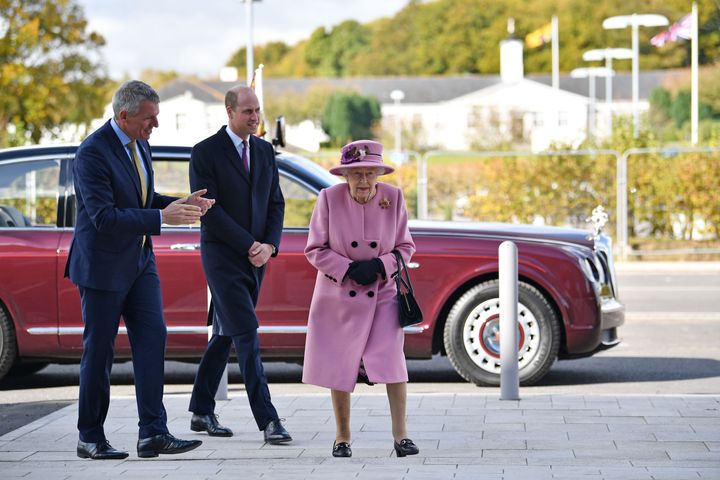 BEN STANSALL via Getty Images The royals speak with Dstl Chief Executive Gary Aitkenhead during their visit to the Defence Science and Technology Laboratory at Porton Down on Oct. 15.

The top secret Defence Science and Technology Laboratory, in Porton Down, southwest England, identified the nerve agent used to attack Russian ex-spy Sergei Skripal and his daughter Yulia in the nearby city of Salisbury two years ago.

Britain has accused two Russian agents backed by Moscow of carrying out the attack, a charge the Kremlin has rejected. Russian officials are also accused of using Novichok to poison Kremlin critic Alexei Navalny in August.

During their trip, the royals met the Porton Down staff and military personnel who were involved in the Novichok clear-up operation, along with scientists helping the response to the COVID-19 pandemic.

The formal purpose of the trip was to open the lab’s new Energetics Analysis Centre, where the queen and the prince were given a demonstration of a forensic explosives investigation.

They also toured the lab’s Energetic Enclosure to see a display of weaponry and tactics used in counter intelligence. 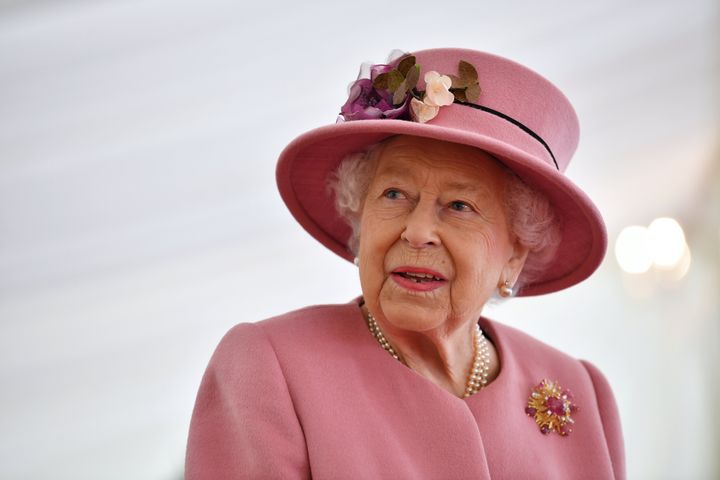 WPA Pool via Getty Images Queen Elizabeth speaks with staff during the engagement.

Porton Down was founded in 1916 as Britain’s chemical and biological weapons laboratory, where defense ministry scientists carried out secret experiments involving some 20,000 servicemen, leading to the death of one from exposure to sarin nerve gas.

Since the 1960s, it has focused on developing countermeasures and defense and security technology, although its secret structure has always led to speculation about its activities, especially among flying-saucer theorists.

“No aliens, either alive or dead have ever been taken to Porton Down,” the government’s website says.

Since March, Elizabeth’s only public appearances have been at Windsor for a military ceremony in June to mark her birthday, and for a ceremony to knight record-breaking charity fundraiser, 100-year-old Captain Tom Moore. 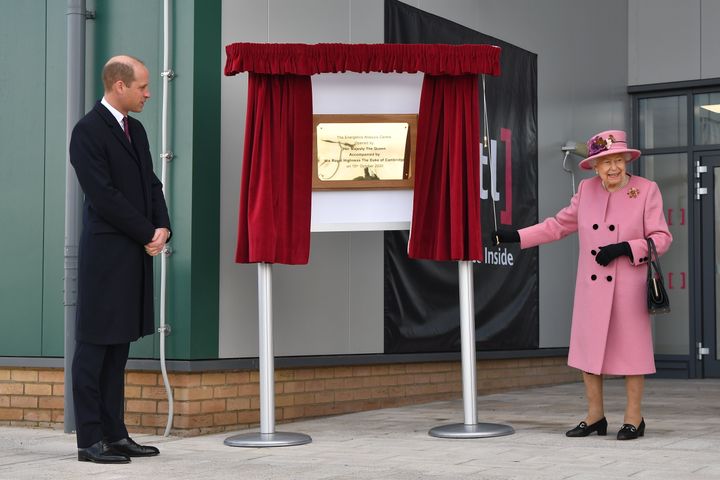 WPA Pool via Getty Images William stands by as Queen Elizabeth unveils a plaque to officially open the new Energetics Analysis Centre at the Defence Science and Technology Laboratory.

She has also paid private visits to Balmoral Castle in Scotland and Sandringham in eastern England, her private residences.

On Thursday, following the routine of much of her 68-year reign, she unveiled a plaque at Porton Down and signed the guest book.

“Well, it proves we’ve been here, doesn’t it?” she joked.

'I never saw Epstein having sex with a minor': Transcripts of Ghislaine Maxwell testimony revealed