Protests across the country are scheduled to take place through the July 4th weekend by anti-racist demonstrators demanding an end to police brutality.

It’s been over a month since the police killing of Minneapolis Black man George Floyd, and protests show no sign of slowing down. On July 4th, as the U.S. celebrates its independence, demonstrators from around the country will make their voices heard.

In the nation’s capital, 10 demonstrations are set to take place across the D.C. area Saturday. All across the state of California, demonstrators will take part in combating systemic racism. Hundreds plan to attend a Black Lives Matter rally in Boston.

“There will be radical joy and dancing because, as Audre Lorde wrote, ‘it is better to speak/remembering/we were never meant to survive,‘’’ organizers for the Boston event wrote in the event description on Facebook. 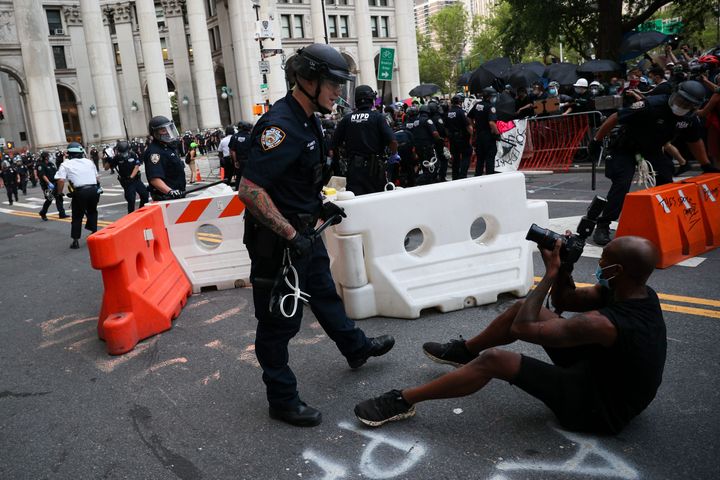 Anadolu Agency via Getty Images Police officers clash with Black Lives Matter protestors who locked down the streets by City Hall and Police Plaza where hundreds congregates as part of the “Defund NYPD” and “Occupy City Hall” movement on July 1.

Activists in Florida plan to hold a similar rally in Orlando, with a block party set to take place afterwards. Michigan, Tennessee and New Jersey are also holding demonstrations.

The Black Lives Matter movement is shaping up to be the biggest movement in U.S. history, The New York Times reported. On June 6 alone, half a million people turned out to 550 demonstrations across the U.S. And there’s no better time to protest than on July 4th, a day known for some of the most significant protests in the nation’s history.

What’s more, the reignited movement has created actionable change since citizens began taking to the streets following Floyd’s killing. Some cities vowed to redirect funding away from police departments. Confederate monuments have been toppled. Tech corporations have changed their policies. Police are being held accountable. And the list of positive changes continues to grow.