MANGARATIBA, Brazil (AP) — All the locals knew the island just west of Rio de Janeiro was teeming with cats. They left food and even brought tourists. Then the coronavirus pandemic hit, and human support dried up, resulting in a gruesome scene witnessed by fishermen: a group of cats devouring others’ corpses.

Furtada Island, referred to widely as “Island of the Cats,” is 20 minutes by motorboat from the city of Mangaratiba, at one extreme of Brazil’s Green Coast, a vast swath of mountainous tropical forest and sandy coves dotted with hundreds of islands. 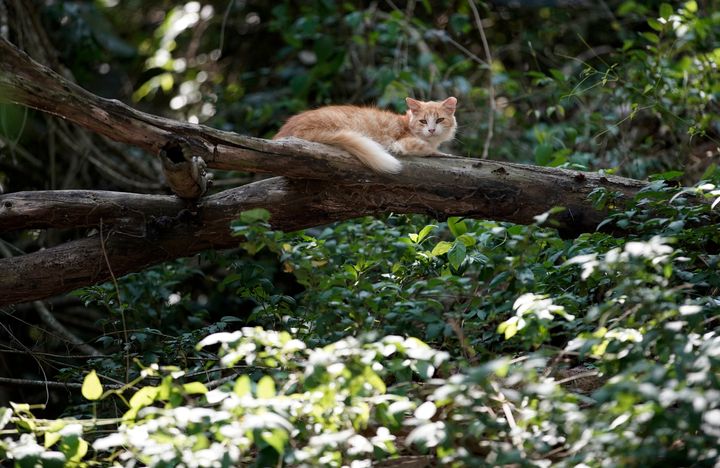 AP Photo/Silvia Izquierdo A cat seen on a tree branch at the Furtada Island in Mangaratiba, Brazil, Tuesday, Oct. 13, 2020.

Over the years, fishermen tossed fish guts and any unneeded catch onto the island, while other kind souls left bowls of water and store-bought cat food. That has helped the island’s hundreds of residents stay fed, particularly the recently marooned cats that lack the skills of their wild-born brethren, which climb trees to raid birds’ nests.

When the pandemic forced people to quarantine, sunk tourism and shut restaurants that dish up seafood, boat traffic around the island fell sharply — and with it, the food and water deposited there. 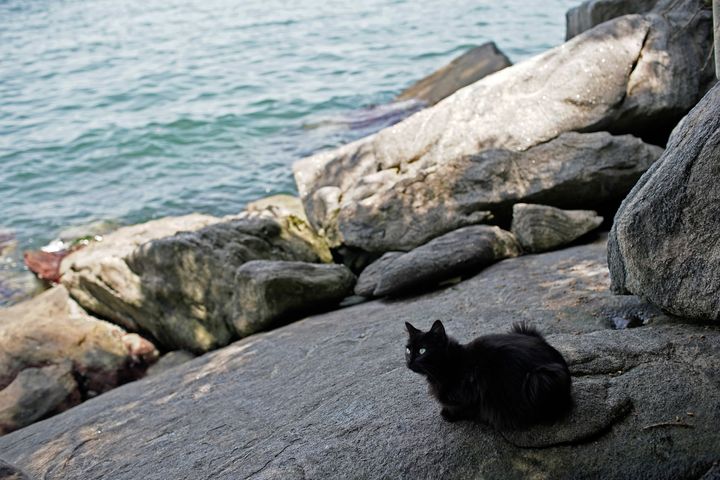 AP Photo/Silvia Izquierdo A cat sits on a rock overlooking the water on Furtada Island.

Locals didn’t realize the horror playing out on the island until the fishermen reported back in April.

“The number of boats fell, the number of tourists, and we saw the condition of those animals on the island,” said Jorge de Morais, 58, who works with a local group that rescues animals from abuse. “So we mobilized.”

He and other volunteers asked local businesses for donations. In April, they started installing rudimentary food and water dispensers, made from PVC pipes, and now make weekly trips to restock them. 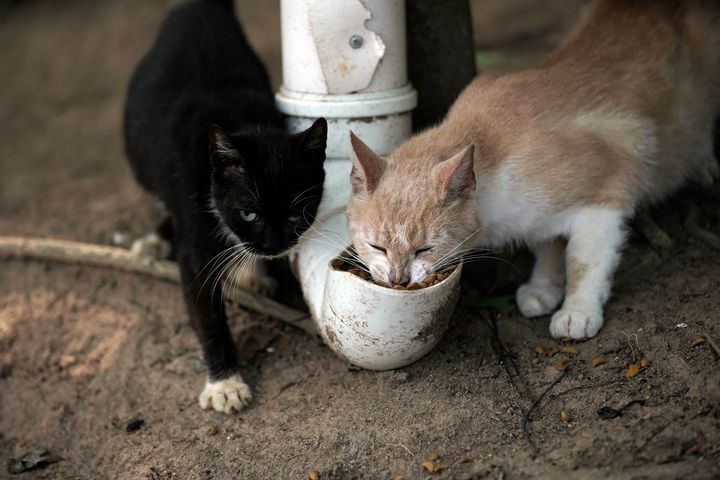 On Tuesday, as cats milled about, de Morais and three others filled the dispensers on the small island, where thick vegetation spills down to meet a rocky shore.

“Cats that are recently discarded, they’re more sociable. You saw we can get close, pet them,” said Joice Puchalski, the coordinator for the volunteer group. “But not the feral ones. They’re all hidden, and you see them at night, because of their eyes.”

The roughly 250 cats on the island trace their origins to a couple who were the only residents some two decades ago, Puchalski, 47, explained. They decamped, leaving behind their two cats to do what most creatures, left to their own devices on a deserted island, would do. As the cat population grew, people took notice, and some believed they’d found a repository for an urban scourge: unwanted and stray cats. 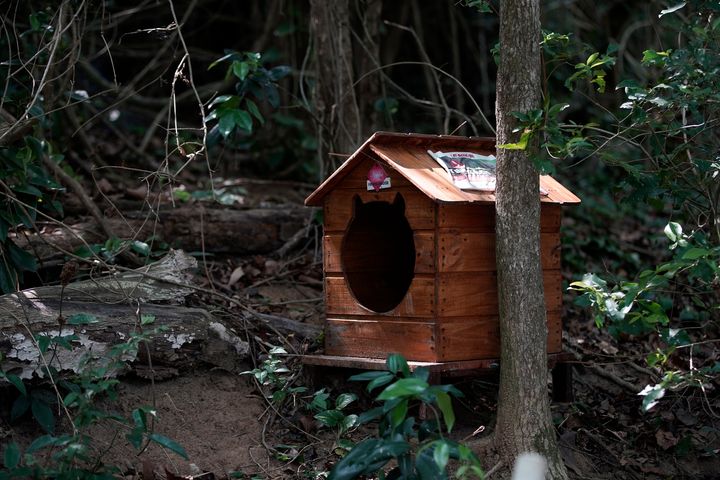 Authorities are looking into ways to stop people from abandoning animals on the island. It’s already a crime, but signs noting that have had little effect.

Karla de Lucas, who oversees animal protection in Rio state, inspected the Island of the Cats in June, and she met with the Navy and environmental authorities to explore punishments, according to a statement at the time. Congress also passed a law last month increasing the penalties for mistreatment of cats and dogs, including up to five years in prison. 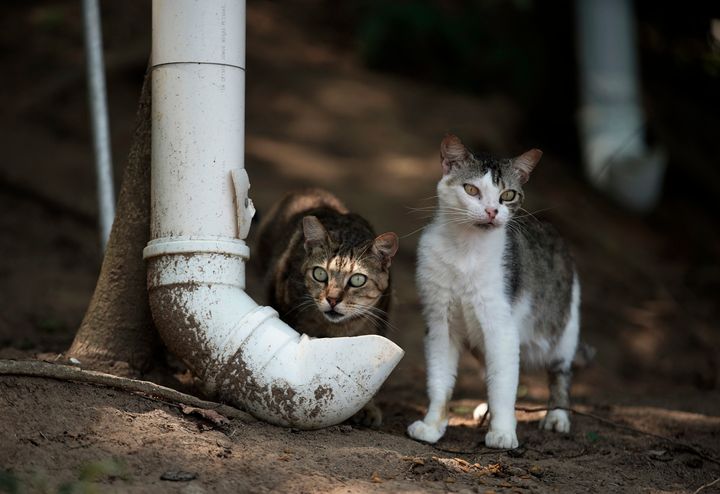 There are no springs on the island, and limited drinking water causes frequent kidney problems for the cats, according to Puchalski. But the greatest perils are the pit vipers and their poisonous bites. Opportunistic lizards will also attack and wound kittens. Some cats are injured when boatmen throw them onto the rocks.

The volunteers transport cats to shore as needed, for treatment or surgery. They try to find someone to adopt each animal and, failing that, bring it back to the island so they can attend to others requiring medical attention.

“We really need someone who can join forces with us to try to heal this criminality that, for us, is cruelty,” she said.

'Big Pile' Of Live Eels Dumped In Lake In NYC Park; Impact Not Yet Known

8 Years After Sandy, New York City Lags On Climate. Will The 2021 Election Change That?

Electrifying Homes And Cars Could Save The Climate — And $2,500 Per U.S. Household

Beekeepers Determined To Avoid Getting Stung By Pandemic Shutdowns

8 Easy Ways To Help The Environment, Starting In Your Kitchen