NEW YORK (AP) — The coronavirus outbreak moved the Nathan’s Famous Hot Dog Eating Contest from the Coney Island boardwalk to an undisclosed indoor location but the results were familiar: Joey Chestnut and Miki Sudo repeated as men’s and women’s champions of the annual gluttony fest on Saturday. 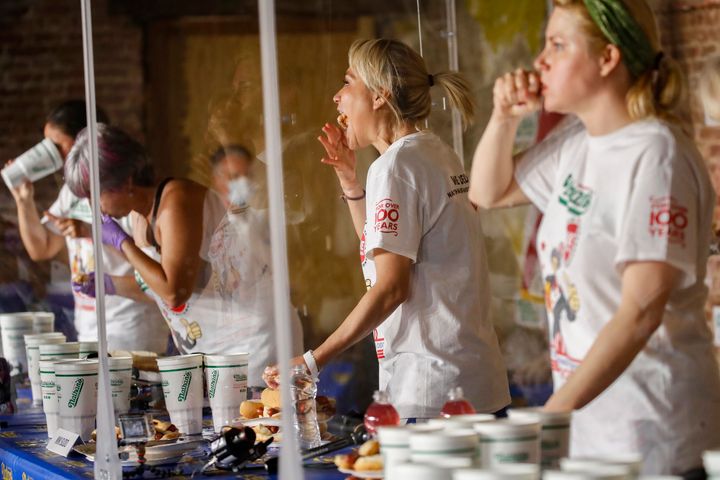 Chestnut downed 75 wieners and buns in 10 minutes and Sudo downed 48 1/2 in the same span, setting new world records for both the men’s and women’s events. “I’m always pushing for a record,” Chestnut said before the contest started. “I know that’s what the fans want.”

The annual Fourth of July hot dog contest normally takes place outside Nathan’s flagship shop in Brooklyn but was held indoors without in-person spectators on Saturday. Just five women and five men competed, and clear plastic barriers separated them as they chowed down. 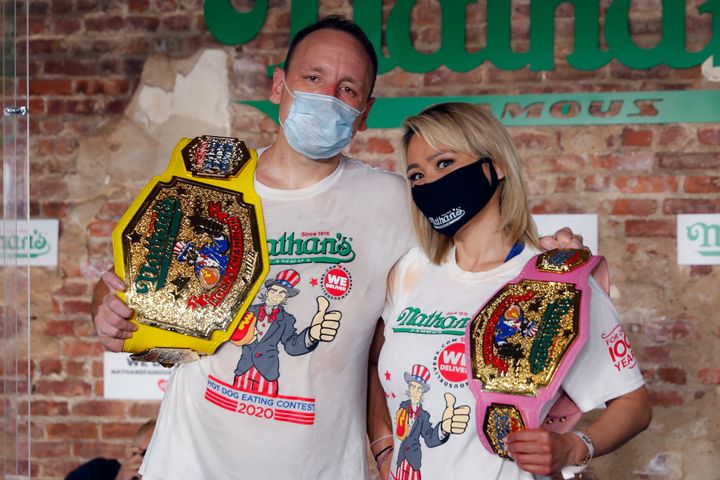 “Minute six is where I really missed the crowd,” Chestnut said on ESPN, which broadcast the competition, “and I hit a wall, and it took me a little bit more work to get through it.”