Food brands Mrs. Butterworth’s and Cream of Wheat have announced that they will be reviewing their packaging in an effort to combat “racial bias” and no longer “inadvertently contribute to systemic racism.”

The syrup and breakfast porridge brands joined the likes of Uncle Ben’s and Aunt Jemima this week in reassessing the mascots associated with their products.

Mrs. Butterworth’s grandmother imagery evokes the mammy archetype, a caricature of Black women. Parent company Conagra Brands released a statement on Wednesday saying that they “stand in solidarity with our Black and Brown communities and we can see that our packaging may be interpreted in a way that is wholly inconsistent with our values.”

“We understand that our actions help play an important role in eliminating racial bias and as a result, we have begun a complete brand and packaging review on Mrs. Butterworth’s,” Conagra wrote. “It’s heartbreaking and unacceptable that racism and racial injustices exist around the world. We will be part of the solution. Let’s work together to progress toward change.” 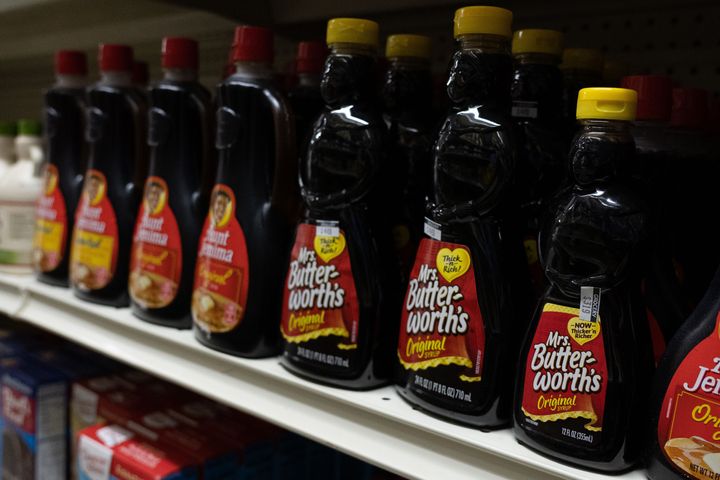 Ron Adar/SOPA Images/LightRocket via Getty Images Conagra Brands announced Wednesday that it has begun a complete brand and packaging review of Mrs. Butterworth’s.

Also on Wednesday, Cream of Wheat’s parent company, B&G Foods, released its own statement about the brand’s Black cook mascot, which was initially called Rastus, a Black stereotype often used in minstrel shows, but was later replaced by the likeness of Frank L. White.

B&G Foods said they “are initiating an immediate review of the Cream of Wheat brand packaging.”

“We understand there are concerns regarding the Chef image, and we are committed to evaluating our packaging and will proactively take steps to ensure that we and our brands do not inadvertently contribute to systemic racism. B&G Foods unequivocally stands against prejudice and injustice of any kind,” the company said.

ASSOCIATED PRESS B&G Foods similarly said it is initiating an immediate review of its Cream of Wheat brand’s packaging.

Earlier in the day, rice brand Uncle Ben’s parent company, Mars Inc., said that they would “take a stand in helping to put an end to racial bias and injustices” and planned to take steps to evolve Uncle Ben’s imagery.

Aunt Jemima’s parent company, Quaker Foods North America, led the charge on Wednesday with their statement that the packaging for the syrup and pancake mix brand ― which features a Black woman named Aunt Jemima, a caricature taken from a minstrel song ― presents “a racial stereotype.”

“As we work to make progress toward racial equality through several initiatives, we also must take a hard look at our portfolio of brands and ensure they reflect our values and meet our consumers’ expectations,” Quaker Foods said.

The movement of brands finally reckoning with their imagery’s racist roots comes amid a global discussion on racial inequality and police brutality following the police killing of George Floyd in Minneapolis last month.

Starbucks’ Union-Busting Was So Bad It Should Be Forced To Bargain: Labor Officials