In a historic first, the House of Representatives approved a bill on Friday to admit Washington, D.C., to the union as the 51st state. If enacted into law, the bill would give the new state full autonomy to pass laws to govern itself and provide its 700,000 residents with voting representation in both chambers of Congress for the first time.

The bill passed by a vote of 230-180 with all but one Democrats in support and every Republican in opposition. It is the first time in the 219-year history of Washington, D.C., that a chamber of Congress approved a bill to admit it as a state.

“The people of D.C. not only deserve real self-government, but full representation in the Congress of the United States,” House Majority Leader Steny Hoyer (D-Md.) said.

Admitting D.C. as the 51st state “will bring our nation closer to our ideals,” Speaker Nancy Pelosi (D-Calif.) said.

To create the state of Douglass Commonwealth, the name the D.C. Council has chosen for the state, the bill would cede the parts of downtown D.C. filled with neoclassical monuments and brutalist federal buildings to serve as the constitutionally necessary independent seat of the federal government. The rest of the current city, consisting largely of local residential and commercial property, would become the new 51st state.

The bill’s passage is a major victory for its chief sponsor Del. Eleanor Holmes Norton (D), the second elected non-voting delegate for the district. She first brought statehood legislation to the floor of the House for a vote in 1993, but it failed. A majority of Democrats and all but one Republican opposed it then. Its passage 27 years later signals the great changes that have occurred in the country and the Democratic Party since then.

The vote was “deeply personal,” Norton said, since her great-grandfather fled from slavery to D.C. where her family has lived ever since. “For three generations, my family has been denied the rights other Americans have been granted,” she said. 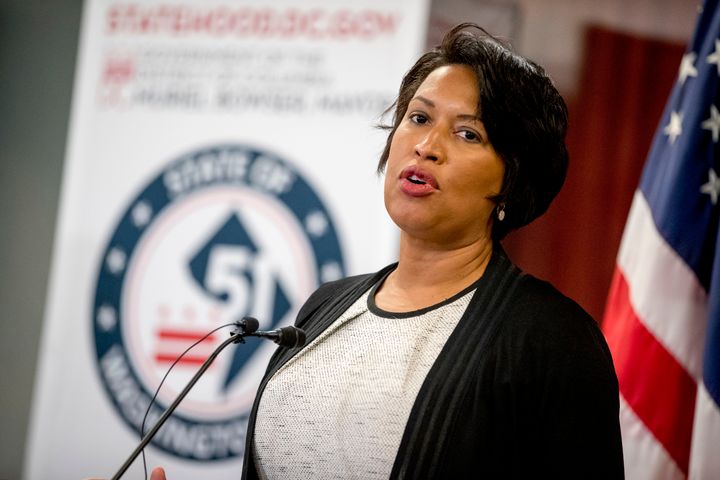 “There’s no way to look at it except in its historic context and see it as a turning point in the history of our country,” Norton told HuffPost ahead of the vote.

The vote, while historic, was largely symbolic of the growing support for statehood among Democrats. House Republicans were unanimous in their opposition, labeling the vote an unconstitutional and partisan stunt. They argued that D.C. did not have enough jobs in manufacturing, logging and mining to be a proper state while proclaiming that “real Americans” did not reside in the city. Republicans instead suggested retroceding the land that would become the state of D.C. to Maryland.

To be enacted the bill would need to be approved by the Senate and the president. That is not expected to happen at this moment.

President Donald Trump has previously stated that Republicans would have to be “very, very stupid” to support D.C. statehood because the new state would elect two Democratic Party senators. (He received 4% of the D.C. vote in 2016.) Senate Majority Leader Mitch McConnell (R-Ky.) has called D.C. statehood “full bore socialism.” He does not plan to allow a vote on it in the Senate.

Hope for future passage of the statehood legislation rests on Democrats winning control of the Senate in the November elections. The Senate bill introduced by Sen. Tom Carper (D-Del.) currently has 40 additional co-sponsors, all of whom are Democrats or independents who caucus with Democrats. Another six Democratic caucus members have not yet signed on to the bill.

mpi34/MediaPunch/MediaPunch/IPx Ahead of historic vote on DC statehood, Mayor Muriel Bowser has commissioned #MuralsDC51, a project to create 51 statehood-, Black history-, and social justice-themed murals across all eight wards in Washington D.C.

For all of D.C.’s history its residents have lived under the authority of the federal government. Committees in Congress set its laws, overturned laws made by the democratically elected local government and outright eliminated the entire local government for nearly a century. The president, not the mayor, is in charge of the D.C. National Guard and can seize control of the Metropolitan Police Department.

This lack of autonomy was visible in President Donald Trump’s deployment of federal forces onto city streets to attack peaceful Black Lives Matter protests and occupy city land against the will of local elected officials. This federal assault on the city spurred increased interest in D.C. statehood. Five senators have since co-sponsored the Senate companion bill to the one that passed the House on Friday.

D.C.’s historic lack of autonomy has also been intensely tied to its demographics. Since the Civil War, the city has maintained a significant Black population. During the war, the federal government freed the enslaved population of the district. (Reparations were made to the enslavers, not the newly freed.) Freed Blacks then flocked to the district as they fled the Confederacy. By 1870, one-third of the population was Black. This was one reason that spurred the federal government to eliminate the city’s elected government. It would not be restored until 1973.

In the interim, members of Congress ended up setting the laws for the city. Oftentimes these members were belligerent racists like Mississippi Democratic Sen. Theodore Bilbo or South Carolina Democratic Rep. John McMillan. Bilbo desired and obtained the chairmanship of the committee governing D.C. affairs just so he “could keep Washington a segregated city.” 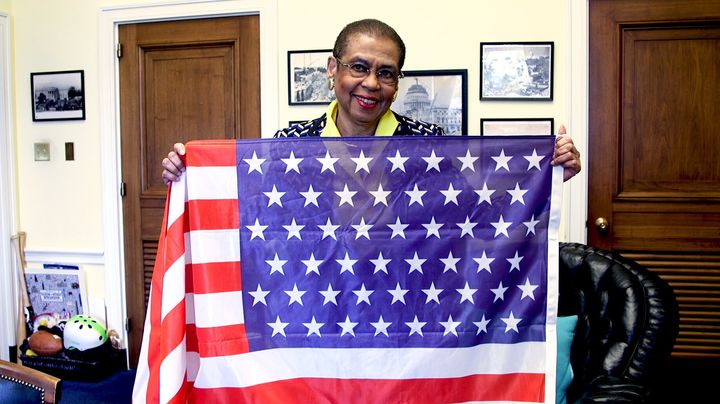 Congressional Quarterly via Getty Images D.C. Del. Eleanor Holmes Norton presents an American flag with 51 stars, commemorating the possibility of adding D.C. as the 51st state, in her Capitol Hill office on February 18, 2020.

When the city did win back home rule, Congress continued to interfere in its affairs, blocking laws passed by its elected government. It blocked abortion funds in 1988, domestic partnership benefits for same-sex couples in 1992, clean needle exchanges in 1996 and the legalization of marijuana in 2014.

“This is more than just a local issue for the District of Columbia,” Hoyer said. “It is a civil rights issue.”

“When some Americans are denied the full rights of citizenship, it diminishes the rights of all citizens,” he added.

There are many ways that a state can be admitted to the United States, and the D.C. statehood movement has tried many of them.

In 1978, Congress proposed a D.C. statehood constitutional amendment that gave seven years for 38 states to approve the amendment admitting D.C. But only 16 states approved it by the expiration date.

The first legislative effort for statehood failed when the House rejected a bill proposed by Norton in 1993 by a 277 to 153 vote.

Over the ensuing two-plus decades, institutional opposition among Democrats to D.C. statehood waned, particularly as the party diversified and lost nearly all of its seats held by white Southerners. The last bastion of opposition sat within Maryland and Virginia representatives who feared that a D.C. state could impose a commuter tax to raise revenue.Hoyer, the most powerful of these members, endorsed statehood in 2019.

In 2016, Mayor Muriel Bowser put a statehood referendum on the ballot as part of a newfound effort to gain admission. One of the criteria for admission as a state is that the residents of the requesting territory residents vote to become one. District voters approved with 86% of the vote.

Friday’s vote was the next step in the process of demonstrating support. The real action, however, may have to wait until 2021.

How 'Qualified Immunity' Protects Cops From Being Held Accountable