A former aide to Vice President Mike Pence says Dr. Anthony Fauci, one of the nation’s leading infectious diseases experts, was often cast aside by President Donald Trump and high-ranking members of the administration.

“I witnessed Donald Trump and senior White House officials routinely sideline and discredit Dr. Fauci, both privately and publicly,” said Olivia Troye, who was on the coronavirus task force, in a new video from Republican Voters Against Trump. 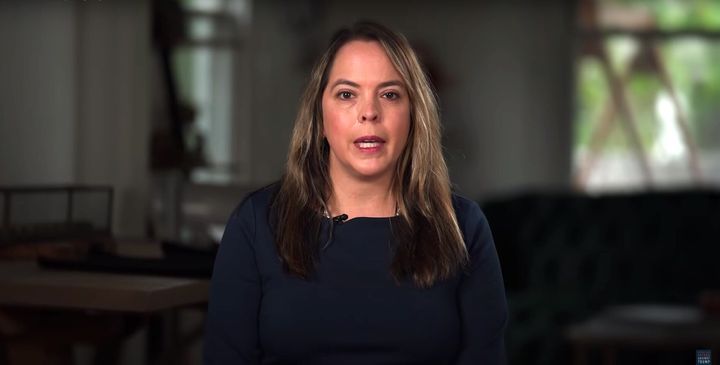 Earlier this week, the Trump campaign ran an ad using out-of-context comments from Fauci to make it seem like he was complimenting the president.

Fauci said he was not speaking about Trump and does not endorse candidates. He told The Daily Beast the campaign was “in effect harassing me” by running the misleading ad.

Troye, who said she worked side-by-side with Fauci, called the Trump campaign video “gross and upsetting and typical of a White House that has no regard for the truth.”

Republican Voters Against Trump said the ad will run digitally in swing states and air on TV during “Fox and Friends,” a show Trump is known to watch.

“Olivia Troye was in the room as the administration was ignoring, contradicting and discrediting Dr. Fauci,” Sarah Longwell, strategic director of Republican Voters Against Trump said in a news release. “The Trump campaign twisting his words in a TV ad is just another example of the irresponsibility and mendacity that so many Republicans are sick of.”

Republican Voters Against Trump has been highlighting the voices of disenchanted party members fed up with the president and who now support former Vice President Joe Biden. They’ve also created some attention-getting videos from former Trump administration insiders, including Troye, former chief of staff of the Department of Homeland Security Miles Taylor and Elizabeth Neumann, a former high-ranking official in the Department of Homeland Security.

We want to know what you’re hearing on the ground from the candidates. If you get any interesting ― or suspicious! ― campaign mailers, robocalls or hear anything else you think we should know about, email us at [email protected]

Amazon Prime Isn’t The Only Place With Deals. Here Are Better Alternatives.